We’ve all heard about the high business failure rates, particularly when it comes to new business start-ups.  With the economic problems that arose in 2007, I was curious about business survival rates.  So, I went to the Bureau of Labor Statistics.  I took their multi-page report of raw data (columns of dates and numbers) and after a few steps transformed it into the summary table shown below.  Keep in mind that the percentages shown are of companies that are still in business as of March 31 for the years beginning in 1994 to 2014.

It doesn’t address how healthy (or profitable) the businesses were, just that they were still open for business.  For example, of the businesses that existed as of March 31, 1994, 21% of them were still in existence at the end of March 2014 (a total of 20 years).  Granted that means that 79% were gone…

The USA Today reported in a June 15, 2011 list that showed there were less than 500 Public US companies that had survived 100 years or more in business. There have also been reports that the average lifespan of S&P 500 companies has dropped from about 61 years in 1958 down to about 15 years and falling. The statistics don’t inspire lots of hope.

If you are a business owner, you can go to the the first year that you were in business as of March 31st and follow that column down to the last number to discover what percentage of your colleagues were still in business on March 31, 2014.  Of course, the survival rates vary by industry and there is lots of data to explore, if you choose to on the Bureau of Labor Statistics website.

It means that billions of dollars are lost every year in business failures, even after decades of educational and financial support of start-up companies.  Yet, we keep doing the same thing over and over again, expecting different results… 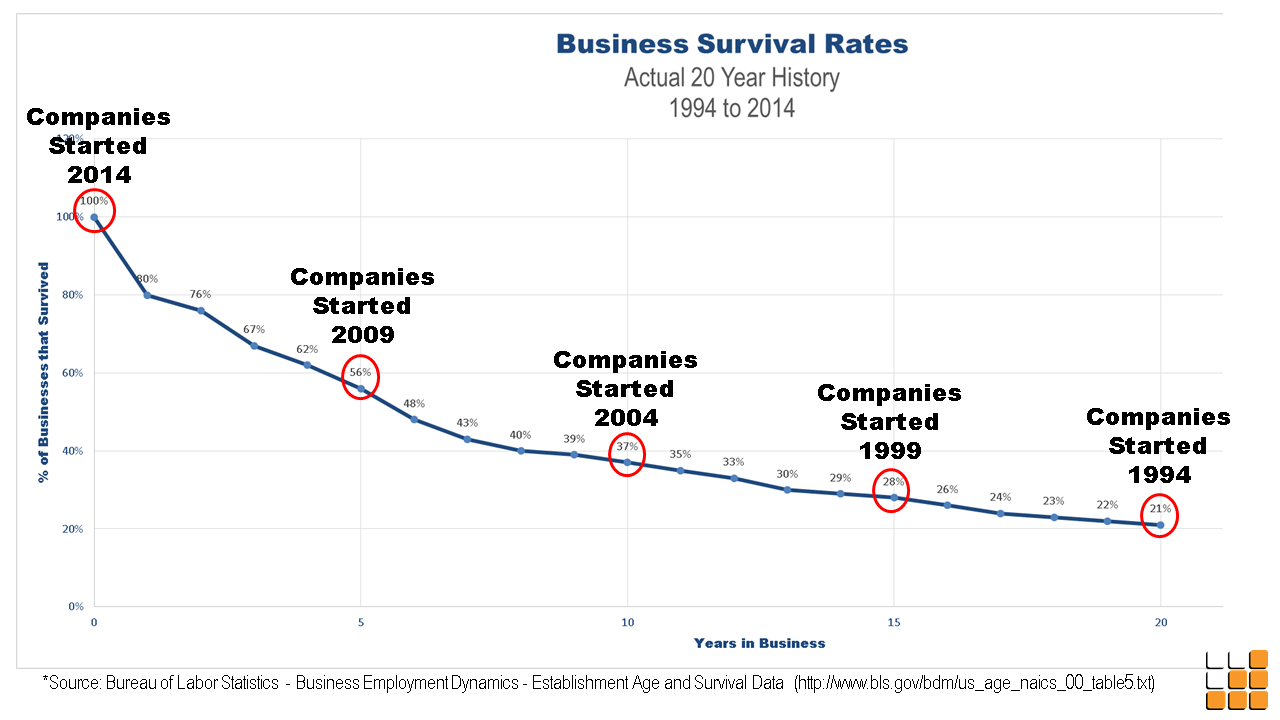 This is the exact same data with all the details: 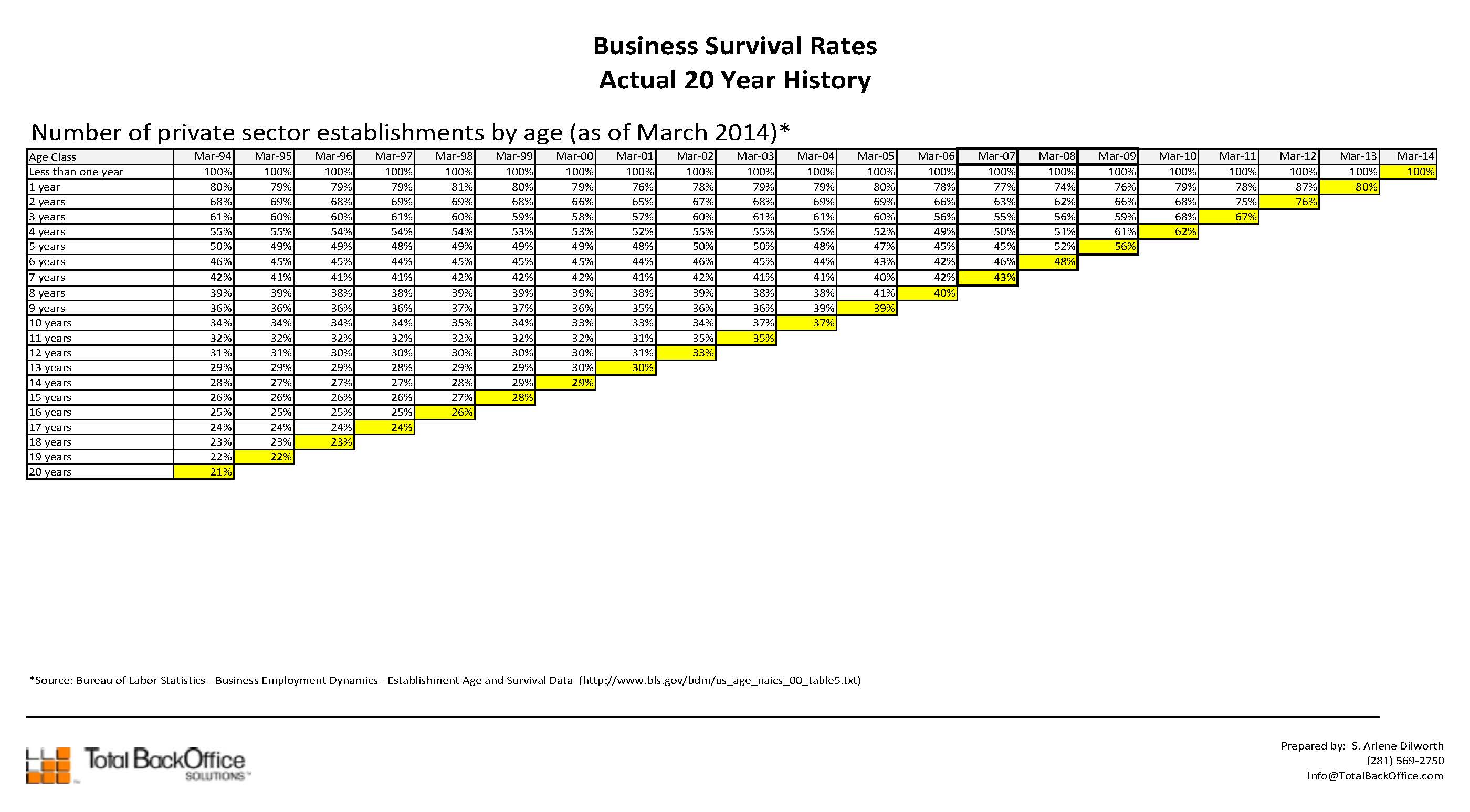 If the image resolution isn’t clear enough for you to read, here is a .PDF version that may make it easier: 2014 Number of Private Sector Establishments by Age

The original list of Public US companies that were in business 100 years or more by USA Today was in ranked order of market capitalization, making it hard for me to read so I alphabetized it.  If you want to see if any of your favorites made the list, check it out here: Public Companies 100 Years old or more – USA Today Dtd 6-15-11