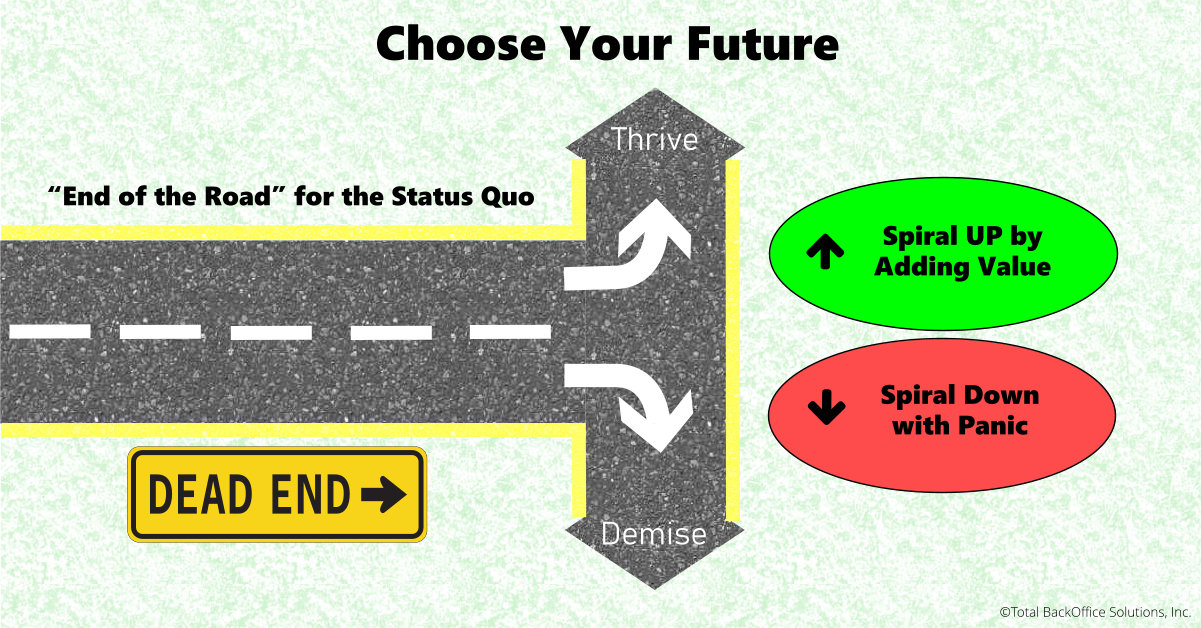 As pandemic panic takes over the world cascading a health issue into an economic crises, the need for mental dexterity is essential. All the fear mongering is putting people’s brains in fight or flight mode. When that happens, creativity, clear thinking, and reasoning go out-the-window.

Mind Control – Drive or Be Driven

When I think of mental dexterity, I see it as taking control of our mental state with expert prowess as you would with high manual dexterity. In this age of mental and emotional manipulation, we need to recognize when the media, politicians, retailers, and other influencers are triggering us to say and do things we might not otherwise say or do. It’s gaining awareness when our belief’s, cognitive bias, and mental shortcuts lead us to believe we’re right, when we’re actually very wrong, but don’t see it in the moment. It’s turning off our inner critic and working towards being our best self every day.

As we’ve seen in decades gone by, whenever an economic crises hits, massive layoffs are announced as cost cutting dominates executive decision making, triggering a downward spiral that, in many cases, becomes an organizational death sentence. It’s a simple short-term focused approach with serious long-term ramifications. Not only does this approach discard the tacit knowledge and support of those who are laid off, it undermines the trust and resilience of those who remain.

Instead, calm fears and let people know that you’re all in this together. Focus on revenue generation and optimization of resources. Ask everyone to find ways to find new and better uses for underutilized assets and get more bang for every dollar spent to trigger critical thinking and stimulate engagement. When combined with revenue generation ideas, the positive focus triggers an upward spiral that can position the organization to leap-frog ahead of its competition as economic conditions improve.

Transition from Helpless to Hopeful

The other day, a waiter was thanking us profusely for dining with them because business was so slow he was worried about his job and how he was going to pay his bills (for him, no work means no pay). We suggested that he review his resources, skills, and capabilities. We reminded him that while many businesses are hurting, others are overwhelmed with more business than they can handle. He should think about what people and business need right now. Strategize with his friends on ways to make lemonade out of these lemons. Maybe they could sub-contract to larger companies to fill a need during this crunch time.

By the end of the conversation, he was energized. He said he already had three ideas he could run by a couple of his friends who had already been sent home from work without pay. He had transitioned from a state of fear and helplessness to one of excitement and possibilities. Hours later local officials announced that restaurants could no longer provide dine-in service, only drive through and take-out. I’m hopeful that the young, smart, and energetic guy is on a new path, maybe even a trajectory that will change his life for the better. It’s a matter of changing your perspective. You get to choose.

Organizations can make a conscious choice to focus on uncovering hidden assets and capabilities within their organizations to stimulate creative thinking. Business leaders need to recognize that when the fight/flight function is triggered in our brain, the executive logic and reasoning function toggles off. Like a car that can’t move forward while you have one foot on the brake and the other on the gas, our energy efficient brain will only function in one mode or the other, not both at the same time.

Hidden asset and capability stories are the basis for many business successes. Think about Amazon Web Services (hidden asset) that was suggested to Jeff Bezos from one of his engineers. Now it’s a significant revenue stream for Amazon. IBM transitioned out of computer hardware to technology services (hidden capability), which was pretty much an orphaned service at the time. Now, it’s hard to believe they didn’t see the opportunity in their collective brain power sooner.

Gain Perspective Through Insights of Others

The idea behind developing our mental dexterity is to ensure that our thinking is always benefiting us. Not allowing others to manipulate our minds in harmful ways and recognizing when our own automatic thoughts need to be reality tested. A key factor is our ability to see and fully appreciate the perspectives of others. One way to gain perspective is to ask people to share their insights then listen intently and ask questions to help us better understand their point of view.

Start talking to as many people as you can, within and outside your organization. Try to anticipate customer needs. The economic tsunami that’s coming will be a turning point for us all. Our ability to thrive will be determined by our ability to empathize with the needs of others, redeploy assets, and adapt on the fly. Overall things will get better, probably better than before. The key is to look for opportunities. Get everyone in your organization involved. Yes, there’s going to be pain. Don’t let it drag you down. Create the rainbow after the storm.